I am a massive and I mean a massive fan of the Sonic Advance series of games. This is a series that just got better with each release and today I am going back to 2001 where it all started with the original game. The Sonic trilogy on the Mega Drive/Genesis is fantastic, but I would legit put this trilogy right there beside it. That is how much I love this set of games.

The original game in the series has a pretty standard formula when it comes to the plot. Eggman is once again up to no good and Sonic needs to stop him. Sonic is not on his own as he has Tails, Knuckles, and Amy there to help him out. At the time this was the most playable characters ever in a 2D Sonic game it was one of the reasons I was very excited to play Sonic Advance.

This Aint Your Daddy’s Sonic! 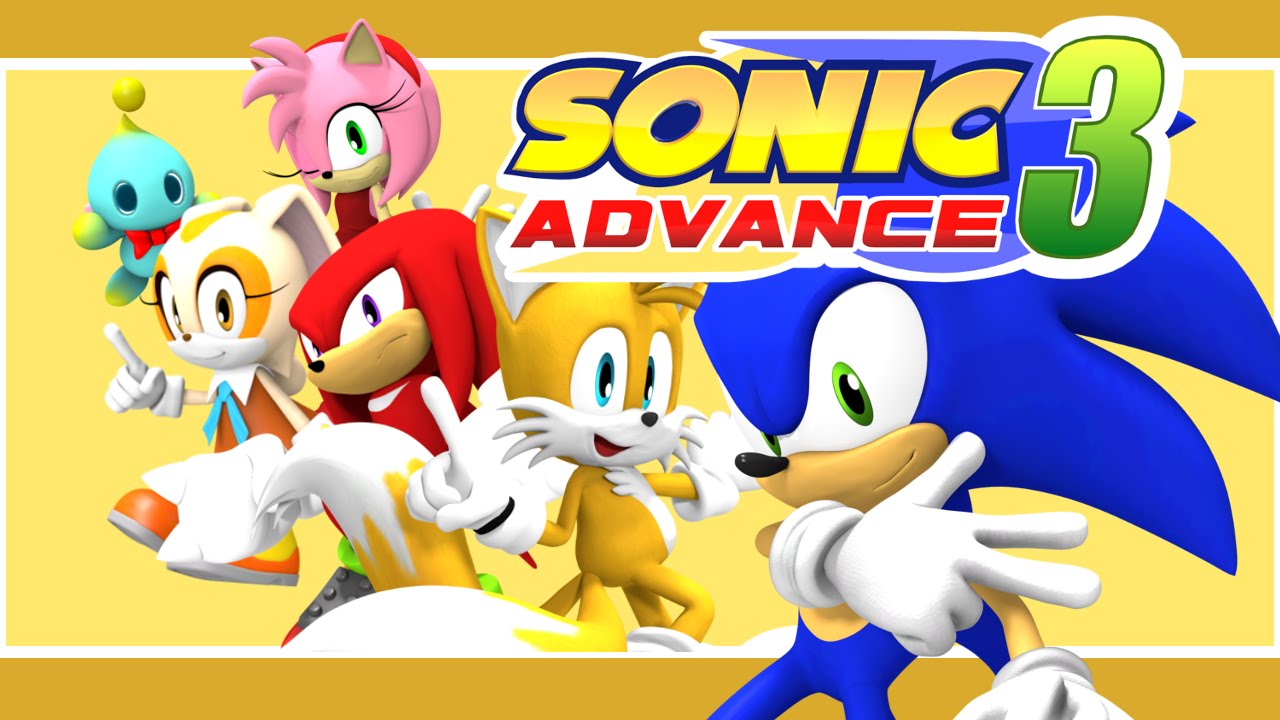 The visuals in the game are fantastic. I do not think that you can compare them to the original Sonic games as both games have their own distinct art style that sets them apart from each other. This has a lot of colors and even when blown up on your TV or monitor, Sonic Advance is a game that looks great.Each of the 6 (well 7 really) zones has its own style. Another thing I love about the presentation of this game is the animations. Each character not only has their own look, but the way they move, their idle animations, and everything else really helps their personality shine through.

If I had to rank the games in the Sonic Advance series, I will be honest and say that I would put this one here third. That is not to say it is a bad game, far, far from it actually. It is just this is the first in the series and as a result, the other two games improved upon what this game did greatly.This one here features six zones, each one with two stages and a boss fight at the end. If you can collect all of the chaos emeralds, you get to enter the final zone. What really sets this game apart from the original Sonic games is the gameplay. Playing as Sonic feels like a Sonic game, it is all about speed. However, when you play as one of the other three, things feel much different. Tails you can fly, Knuckles can climb and Amy can smash things. Each level is designed with all four characters in mind so it makes you want to beat the game with everyone. This is good as this is a very short game, it is good, but you will beat it very quickly.

Overall, I love this game and think that as a series this is one of the best the Game Boy Advance has to offer. Sonic Advance may have been surpassed by its two sequels, but this is still a great time. I would say that the lack of “gimmicks” might make this better if you want a more traditional 2D Sonic the Hedgehog game.